No Smoke
Without Fire

Presented by the Corps Ensemble

A hilarious tale of crime and its consequences.

There’s sixty thousand euro post office robbery money up for grabs and scandal knows no bounds, as six women gossip intermittently in the smoking area of a Dublin pub, leaving a trail of personal information behind them. As the innocent along with the guilty suffer the stings of innuendo and the lashes of sharp tongues, a hilarious tale of crime and its consequences unfolds. A comic drama by Paddy Murray, full of sharp Dublin wit, this story of Larry, the cash, the camper van and the deceased husband are all performed with ease by acclaimed actress, Mary Murray.

‘If ever there was an actor you wanted to see more of, it’s Mary Murray. On stage she has always had a magnetic focus, a presence somewhere between no-nonsense control and a shiver of vulnerability…An actor of tremendous physical versatility and wit.’ – Irish Times

‘A one woman tour de force by the highly talented Mary Murray.’ – Irish Mail on Sunday

Mary Murray is one of Ireland’s leading actresses on stage and screen. Her work on stage includes internationally acclaimed performances with Druid, The Royal Court, The Tron, Fishamble and The Abbey Theatre. Most recently Mary created the lead role of Sophie in Close to the Sun by Philip Doherty. She is perhaps best known for her IFTA nominated performance as Janet in RTE’s Love/Hate. Other major film credits include Adam And Paul and The Magdalene Sisters.

Please note our online ticket sales will be limited to 30% of the overall capacity of each venue and intended to complement our usual tickets at the door policy.

The Corps Ensemble is a Dublin-based theatre production company rooted in concepts of play, connection, family, and craft. 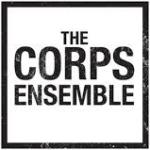